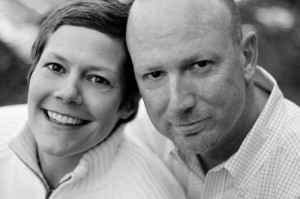 Jen’s story begins shortly after the birth of her second boy, Luca, on May 4th, 2007. It was a joyous time! After many challenges with her first son, Luca turned out to be an easy baby and a great breast feeder. Due to a surgical cyst removal many years prior Jen was only able to feed Luca from one breast. This caused inflammation and other changes in Jen’s non-feeding breast and arm pit. Jen and her OB/GYN discussed these and other changes at her 6 week postnatal checkup and both thought them to be related to breast feeding. However at 11 weeks post delivery Jen was having rib and arm pain, her breast was redder and had developed a very large, hard mass. Jen was concerned and made a doctor appointment. Jen’s doctor immediately referred them to a surgical oncologist and Jen was seen that day.  One day later, after several tests and scans, Jen was diagnosed with an aggressive form of breast cancer – HER-2/neu positive, receptor negative, invasive, ductal, stage III breast cancer with local lymph involvement.  It is also known as Inflammatory Breast Cancer. Jen readied herself for the fight of her life.

For nearly seven years, Jen experienced every up and down associated with a battle with breast cancer.  Inflammatory breast cancer is an aggressive and relentless foe and Jen fought through over 19 different chemo regimens, multiple radiation treatments, and experimental skin treatments.  She came face to face with despair, grief, anger, and pain. 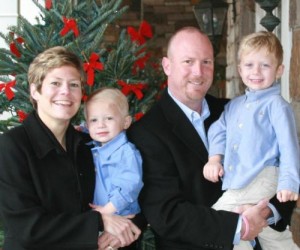 But Jen always chose to tell the other part of the story.  She spoke of the love and dedication of family, the meals in coolers, the chemo buddies, rides to appointments, legions of Go Jen Go supporters walking for the Cure.  She told of the kindness of caregivers, doctors, and nurses.  She was thankful for playdates for her kids, walks with friends, and the wonder of community.

Jen would tell you the constant and continuous outpouring of support added more to her life than cancer was able to take away.

In her fight against inflammatory breast cancer, Jen marveled at the amount of support she and her family were given.  In the midst of financial struggles, emotional darkness, and constant health crises, she could count on friends and family to lift her up and provide strength when she felt she had none.  She vowed to be that for other women, men, and their families fighting breast cancer.  In that moment, the Go Jen Go Foundation was born and today it thrives.

Today, the Go Jen Go Foundation provides over $135,000 in financial support each year to women and men fighting breast cancer in the greater Charlotte area. We offer financial assistance so that survivors can focus on their fight, not worry whether they can pay rent, put gas in their car to get to treatments, or buy gifts for their families at Christmas. Go Jen Go hosts two annual events, the Run Jen Run 5K and Festival in March, and Cheers Jen Cheers, a family friendly tailgate party in October.

Jen Pagani lost her battle with cancer on February 2, 2014. She left the world a foundation that carries her name and her spirit lives through its good works. We miss her…and will continue to honor her legacy every day.